Known in part for its dramatic proposals in exotic destinations, The Bachelorette was a perfect fit to promote the Dominican Republic as a romantic destination for couples. BVK partnered with the ABC reality show to film the two finale episodes in Punta Cana and La Romana, showcasing the region’s diverse experiences as Andi Dorfman and her suitors experienced lavish dates. In the month that the episodes aired, Dominican Republic saw more than 30 million total impressions — an increase of 550% over the previous month. In addition, BVK launched a full social campaign to support the show, with a series of Facebook and Twitter posts, a Pinterest board, participating in a Twitter chat hosted by the show’s Chris Harrison, and a sweepstakes to give away a romantic vacation to the resort where the show was filmed. On social channels alone, Dominican Republic received 1.1 million impressions and generated 33,300 user engagements. 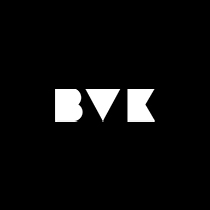